Mr. Waheed Ahmed was given the responsibility to strengthen the marketing & sales department with a vision to make IAC a reputable organization. In order to attain this objective, he demonstrated is visionary commitment by devoting his efforts and marketing skills to introduce IAC on the International platform. He represented his company around the globe and attended international trade fairs and exhibitions i.e. SIAL, Paris; Anuga, Colon; GulFood, Dubai; Big Seven, Johannesberg; Fruit Logistica, Berlin; World Food, Moscow; Halal Food Exhibition, Tehran etc. Due to his hands-on experience with leading players from around the world in both his analytical and marketing capacities, he is also frequentlycalled upon to contribute his wealth of experience to many knowledge based seminars and conferences. He has been continuously an active participant of the business panel discussions with food & beverage industries at international forums i.e. Asia Food Congress, Euro Food Congress, World Juice, Middle East Congress.

He had been a member of the business contingents and governmental delegations visiting Russia, Ukraine, Germany, Poland, UK, Hong Kong, Netherland, France, Malaysia, Sri Lanka, Thailand etc. As the admiration of his untiring efforts for the development of horticulture sector in Pakistan he was elected as Chairman of Pakistan Fruit & Vegetable Exporters, Importers and Merchants Association (PVFA) in 2009 for one year and was re-elected in 2012. He has been the director of Pakistan Horticulture Development & Export Company (PHDEB) and member of Export Development Fund, Ministry of Commerce, Government of Pakistan. He also plays a pivotal role in Federation of Pakistan Chamber of Commerce and Industries (FPCCI) committees on agriculture sector and serving as Director, Pak Russia Business Council of FPCCI and Director, Pak Ukraine Business Council of FPCCI. His visionary leadership converted IAC into a diversified business leader entrepreneur with the scope broadened from fresh fruit and vegetable handling to processing of fruit pulp/puree by installing state of the art fruit processing unit in 2004at Karachi which was further expanded to the capability of multi fruit processing, installed in 2008 for clarified juice concentrate production.

PAKISTAN & GULF ECONOMIST sought perspective of Mr. Waheed Ahmed, Patron-in-chief PVFA regarding the logistics and enhancement of export of fruits & vegetables. Following are the excerpts of the conversation:

Another stiff challenge has now emerged as a barrier to the enhancement of export of fruits & vegetables after the Federal Ministry of National Food Security & Research (MNFSR) has recently enhanced fee for issuance of phyto-certificate exorbitantly for the exports’ consignments. A sudden increase in fee by approx. 800 % for issuance of phyto-certificate has been imposed and now the exporters are paying Rs.2500 to get a phyto-certificate instead of Rs. 300 while this increase has already been implemented from Sept. 2020. This sudden exorbitant increase in fee of the phyto-certificate without any consultation with the Association (PFVA), being the main stakeholder is unbearable as an abnormal increase of Rs. 2200 would further multiply cost of the exports’ consignments making it very difficult to compete in international markets. While the government is striving hard to enhance exports of fruits & vegetables, the MNFSR being part of the government has increased fee of phyto-certificate to about 800% (Rs.300 to Rs. 2500) which indicates serious discrepancy in desire and action towards it’s fulfilment by the Government of Pakistan (GoP) and thus the sincere efforts by the GoP would be null & void. The disproportionate increase in fee is unrealistic and would seriously hit exports by air.

After COVID -19 global pandemic, the export of fruits & vegetables by air has been encountering great difficulties due to exorbitant increase in cost of air freight by the airlines and with such undesirable increase in issuance fee of phyto-certificate, it has added fuel to the fire and hence possibility of complete discontinuation export of fruits and vegetables by air cannot be ruled out since the cost of phyto-certificate is far much higher than the profit earned on an item.

The PFVA, Federal Government and Ministry of Commerce are jointly striving hard to enhance exports of fruits & vegetables and due to these strenuous efforts, export of fruits & vegetables was enhanced & fetched valuable foreign exchange of USD 730 million by export despite closure of international market and logistic issues in Pakistan during the global pandemic of COVID-19 while all efforts are being made to ensure consistency in exports enhancement this year. The Federal Ministry of National Food Security & Research is appealed to re-consider the recent abnormal increase in the issuance fee of phyto-certificate and keeping the national and International situation in view, the fee shall be brought down to a reasonable level, comparable with other countries. 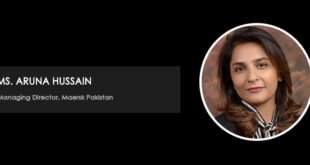