On 21st September 2020, State Bank of Pakistan (SBP) announced to keep the policy rate unchanged at 7 percent. It was announced that as compared to the time of the last announcement in June 2020, business confidence and the outlook for growth have improved. This reflected the decline in COVID-19 cases in Pakistan and the easing of lockdowns, as well as the timely stimulus provided by the Government and SBP. At the same time, the forecast for inflation was raised slightly, primarily due to recent supply side shocks to food prices.

The central bank also acknowledged that financial conditions continue to be accommodative with real interest rates remaining slightly below zero on a forward-looking basis. In addition, the series of targeted measures undertaken by SBP have ensured significant liquidity in the market and further lowered funding costs for many businesses and households. Together, these monetary measures have injected an estimated stimulus of Rs1.58 trillion or about 3.8 percent of GDP. In addition, the government has undertaken a number of measures to support economic activity including the Ehsaas emergency cash program, commodity financing, a risk-sharing facility for SMEs and acceleration of tax refunds.

The central bank noted that, notwithstanding an uptick in headline inflation during June and July, core inflation has been relatively stable and demand-side risks to inflation remain well-contained. Like growth, the inflation outlook is also subject to certain risks. On the upside, risks revolve around food prices, especially in the wake of recent flood-related damages and potential locust attacks. On the downside, the main risk stems from a lower-than-expected pickup in domestic activity. On the global front, the future trajectory of oil prices will also have an important bearing on the domestic inflation outlook.

The SBP, in its statement, highlighted that business confidence and the outlook for growth have improved. However, economic recovery remains uneven across industries, with growth mainly driven by manufacturing-related activities and construction, while certain services sectors have especially lagged behind. Going forward, SBP expects GDP growth to clock in slightly above 2% as against earlier estimate of around 2%.

On the external side, SBP expects gradual recovery in exports. The statement highlights that Pakistan’s foreign exchange reserves adequacy has improved to more than 3 months – above the important global benchmark. On the fiscal side, SBP expects that the pre-pandemic path of fiscal consolidation to resume as economic activity recovers.

The central bank opted for no change in the Policy Rate as outlook and level of economic certainty has improved. Sectors like autos, cements and steel are witnessing turnaround given significant progress on COVID-19 cases. Recent Large Scale Manufacturing (LSM) number was also positive after a dismal May and June.

The SBP also highlighted that global activity and markets are also improving in 2H2020. However, the level of acceleration is coming down given that there has been increasing number of cases in certain countries. Emerging recovery remains ‘emerging’ as concerns remain over the second wave of COVID-19 both locally and globally.

Pakistan’s economy has received both fiscal and monetary stimulus during this pandemic with monetary stimulus amounting to Rs1.58 trillion (3.8% of GDP) till date. Exports over the next few months may remain uneven, but overall gradual improvement is expected.

Remittances growth has been beyond any seasonality. Past experiences and a survey conducted by SBP suggest that remittance rise in periods of crisis as overseas Pakistani send higher amounts when real income declines in Pakistan.

The talks with the IMF remain ongoing. However, it has been difficult to set parameters of the fund program because of the uncertainty surrounding due to COVID-19. As things become clearer, the central bank expects the IMF program to move forward. 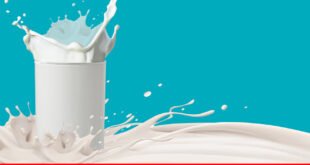