The biggest challenge Pakistan is facing today is to reduce poverty and achieve sustained economic growth. Present government is committed to address this challenge in consultation with key stakeholders in the economy, especially the private sector, civil society organizations and other development partners. We see multi-dimensional poverty in Pakistan; it includes inadequacy of income and deprivation of basic needs and rights, and lack of access to productive assets as well as to social infrastructure.

The government has launched an ambitious social welfare and poverty alleviation program ‘Ehsaas’ for the poor segments of society. The plan includes a constitutional amendment to Article 38 (d) to make the provision of food, clothing, housing, education and medical relief as fundamental rights, establish ministry of poverty alleviation and the economic empowerment of women through ‘one woman, one bank account plan’.

One fourth of Pakistanis are living below the poverty line. The majority of people live in those areas which are characterized by inadequate/low quality basic services like inadequate water, limited access to quality schools and health services and unhygienic living conditions. They don’t even have regular jobs and therefore, lack of regular income leads to their inability to afford decent and adequate housing and basic needs. Lack of adequate and regular income also leads to poor health, poor education and poor nutrition, which make them more susceptible to poverty conditions. Lack of access to credit for business or housing coupled with tenure insecurity, evictions and inappropriate policy and regulatory frameworks also contribute to vulnerability of the poor.

It is important to note that the nature and characteristics of poverty go beyond income measures alone given the multi-faceted nature of poverty. Poverty manifests itself in the form of hunger, malnutrition, illiteracy, lack of shelter, and failure to access essential social services such as basic education, health, water and sanitation. While poverty relates to lack of basic material needs, it also signifies lack of or deficiency of social, economic, cultural and human rights, which an individual needs for its existence, survival or well being.

It is observed in Pakistan that the poor have larger household sizes than urban households. Quite understandably, health status indicate that the prevalence and incidence of sickness are similar for both the poor and non-poor but it’s a fact that the response to sickness is markedly different. An overwhelming majority of the poor cannot afford private health care and have to rely on public health facilities, government hospitals and municipal dispensaries’. Moreover, there are large disparities between rural and urban poor in terms of access to safe water. People have no access to safe water in rural and urban areas. Further, most of the poor households do not have access to safe sanitation. Even cities like Lahore and Karachi cannot supply clean water to its people.

Besides these general issues; one segment of the society i.e. women are more vulnerable to poverty than men. For instance, most of the rural female population work as subsistence farmers compared to men. Given that subsistence farmers are among the very poor, this relative dependence of women upon subsistence farming explains the extreme vulnerability of women.

Different studies and analysts have different perceptions of the causes of the poverty in Pakistan but the main causes of poverty in the country are; relatively low agricultural productivity and poor marketing is one of the major causes of poverty in the country. This was attributed to traditional farming methods, low soil fertility, unpredictable weather conditions (drought and floods), poor and inadequate extension services, high cost of inputs, low quality of seeds and lack of credit facilities. All this leads to food shortages, underemployment and low incomes from cash crops, and poor nutritional status, which further reduces labor productivity and also increases poverty.

Unemployment and low wages is yet another cause of poverty across Pakistan. People often complain that although their children had completed schooling, many have failed to secure meaningful employment due to lack of opportunities and skills for gainful employment. Bad governance in Pakistan is a longstanding major issue and is one of the contributors of poverty. This manifests itself in lack of transparency and accountability in management of the resources and funds meant to benefit the poor people of Pakistan. Corruption and nepotism have worsened the situation as poor households are often unable to pay the bribes demanded by potential employers. Lack of employment implies lack of income necessary for meeting the basic needs such as food, shelter, clothing, education and medical services.

The cost of education especially in primary schools is a huge burden on many households. Due to COVID-19 lockdown and closure of schools, survival of schools itself has become a huge issue. Most of the private schools have very high fee structure and quality of education is not good in government schools. It is a good opportunity for government to improve the education system in the country. Many school requirements such as several textbooks for every subject, school uniform, school development fund, additional hiring of teachers by parents (tuition) and other frequent and unplanned levies have all acted to deplete the meagre household incomes. For many parents who cannot afford the high cost of education, their children drop out of school and start working to supplement households’ budgets. The situation is worse for the girl child who becomes the first victim to drop out of school due to the boy child preference in a situation of reduced resources. All these factors limit opportunities for employment and involvement in income generating activities by women, thus increasing their poverty.

Therefore, it is important to prepare a detailed poverty reduction strategy, which should outline the priorities and measures necessary for poverty reduction and economic growth. In agriculture and rural development, government should be committed to reforms and should increase resource allocation to improve the performance of the sector. Budget provision for water supply should be increased to support expanded supply of water and rehabilitation of water projects. Institutional reforms in the rural sector are long overdue, and Government of Pakistan and governments of provinces should convert COVID-19 challenge into an opportunity. 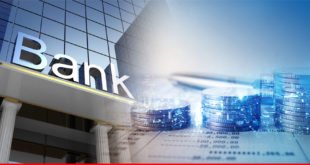 Since March 2020 State Bank of Pakistan has cut interest rate by 625bps. It had …