Meaningful and transparent settlement of investor claims and discontinuation of investment-hostile products is important for restoring investor confidence and enhancing investor-base. In case, if any government agency, authority and/or national accountability bureau is interested in the economic development of Pakistan, they could just open-up any of the SECP’s investigation-report, readout the names of confiscators and start punishing them. Should the government do it, the investor base shall rise by leaps and bounds and market will be rocking.

Transparency and element of decency in the listing and delisting process is central to winning the issuers confidence and expanding in issuers-base at Pakistan Stock Exchange. Just in case, if the policy board and Securities and Exchange Commission of Pakistan (SECP) are sincere in increasing the universe of listed companies, they should just dissolve the PSX-Delisting-Committee and Constitute a Central Listing Authority.

What is being openly said about the de-listing of AKZO is that, there had been a lot of price buildup since the last quarter of CY-19 and as such neither an investigation (in respect of potential insiders/gainers) was carried out nor were material information in respect of observed delisting process and buy-back-price were shared. Noted professionals and capital market experts have suggested determining buy-back-price through reverse-book and have raised following question:

“When listing price is determined through a transparent automated process, why would someone need humans sitting on the de-listing committee and getting to interact with exchange officials”.

This also needs a consideration, in context of the fact that it leaves room for players of the market to speculate that someone may be in contact with exchange or related official or members serving on the delisting committee of the exchange and get the buy-back-price beforehand.

The issue of disclaimers which are mandatorily required to be published by the issuers in the prospectus is yet another matter of concern, which the policy board is obligated to look into. Given below are some of the excerpt which appear to absolve regulators from the basic duty of investor’s interest-protection: 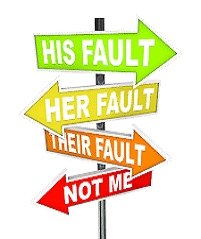 We seem to be too far from the FSA or FINRA model, which represents a supra-regulatory-body having control over both the central bank and Securities Commission. What we must do in order to protect the interest of investors and integrity of market is to setup an independent listing authority and immediately dissolve the listing committee of PSX.

The responsibility for the approval of prospectus and listing should be taken away from the PSX and be delegated to a central listing authority, which initially does listings for PSX and PMEX and at later-on it does the job for other exchange like cotton exchange. The exchanges should only be delegated with the responsibility of ‘trading’ and maintaining transparency therein.

The writer Sani-e-Mehmood Khan, is a Capital Market Practitioner
Share 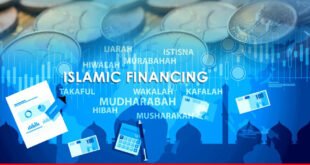