Home / General Interest / Don’t believe in a universal basic income? This is why it would work, and how we can pay for it

Don’t believe in a universal basic income? This is why it would work, and how we can pay for it

Five years ago, when I first heard about it, the idea had been all but forgotten. Most people I talked to had never heard of it either.

Finland conducted a major trial, Canada has just launched an even bigger experiment and a test in Kenya is the mother of them all.

What I’m referring to is, of course, basic income. This is an unconditional cash transfer that is enough to your cover basic needs. It is guaranteed to everyone, whether young or old, rich or poor, overworked or out of work.

From Scotland to India, and from Silicon Valley to Kenya, policymakers all over the world have become interested in basic income as an answer to poverty, unemployment and the bureaucratic behemoth of the modern welfare state.

The idea is also attracting growing popular support. In a public referendum, 68% of Europeans would vote in favour of basic income (up from 64% the previous year), revealed a large survey conducted in 28 European countries.

Faster than I could have dared to hope, the discussion has catapulted into a new phase.

In 2017, I published my book Utopia for Realists. Since then, I have seen the focus of the discussion shift, from utopian dreams to real first steps. We have reached the point where it is no longer enough to philosophise about what could be. The time has come to start putting together concrete plans.

I realise that is easier said than done. Firstly, we have to establish what we actually mean by basic income. Proponents differ widely on how much it should be, how we should fund it, and who should be eligible to receive it.

By now, I have talked to many people on the other side of the debate – the opponents of basic income. Their objections, I have discovered, consistently hinge on two fundamental concerns.

Their first concern is mainly practical. How would we pay for it? How can we afford to simply give everyone free cash? Wouldn’t that be astronomically expensive?

Their other main concern is ethical and centres on the ‘universality’. What do you mean Bill Gates and Richard Branson would get cash handouts too?

Both of these objections, I believe, can be overcome with a simple solution.

Don’t give a basic income to everybody – yet.

By that, I mean we shouldn’t start out with a universal basic income for poor and rich alike. This would eliminate concerns over affordability, and Mr Gates and Mr Branson would know to keep their day jobs.

I know that there are many excellent arguments for a universal form of basic income. Since everyone would get it, it would remove the stigma that dogs recipients of assistance and ‘entitlements’.

However, in recent months, I have also become convinced that the practical concerns still loom too large. A universal basic income means not only that millions of people would receive unconditional cash payments, but also that millions of people would have to cough up thousands more in taxes to fund it. This will make basic income politically a harder sell.

Not only that, it would also inflate marginal tax rates, or the tax you pay over every additional pound you earn. I know that sounds technical, but bear with me, because it’s crucial. Imagine you decide to work one extra hour every day, and that you earn £10 an hour. Under a marginal tax rate of 40%, you would take home £6. In other words: working more pays off.

Introduction of a universal basic income would change that, significantly inflating not average, but marginal, tax rates, and leaving you with only £3-4 of the original £10. Understandably, a lot of people would probably think “forget it – it’s not worth the extra work”.

But make it a guarantee

The good news? There is an alternative.

Instead of a universal basic income, we could have a basic income guarantee. Or, as economists prefer to call it, a negative income tax.

Again, this sounds technical, but it’s really just basic maths. In the current system, everybody who works pays taxes. A negative income tax flips that around. If you work, but your wages still leave you below the poverty level, you don’t have to pay taxes. Instead, the taxman pays you.

Think of it as building a massive floor underneath the economy. Anyone who falls below the poverty line, employed or not, is lifted back to security, no conditions attached. Protection against poverty would be a right, not a privilege. Meanwhile, working would always pay off, because above the poverty line, basic income would be stepped down incrementally, instead of cut off.

Imagine what a massive leap this would be.

For example, in Great Britain, more than 14 million people, including four million children, would be freed from the prison of poverty. To be clear: 60% of those people work in paid jobs.

This is an idea that could rally voters across the board, with something to please both the left and the right:

Here’s the kicker: in terms of costs, there is absolutely no difference between a basic income guarantee and a universal basic income. The net expense of both amounts to exactly the same.

When it comes to making the sell however, I think the latter has a big advantage. It is no coincidence that just such a scheme was once almost enacted in the US. In the 1970s, President Nixon got his basic income bill through the House of Representatives twice before it ultimately became stranded in the Senate. It was voted down by the Democrats, not because they hated the idea, but because they felt the basic income guarantee wasn’t high enough!

At this point, there will be readers who will object, arguing that handing out cash is an invitation to mass laziness. In reality, nothing could be further from the truth. Large-scale experiments have already been done in Canada and the US. The data show that people hardly work less. Rather, healthcare costs plummet and children’s school performance soars.

The million dollar question, of course, is how much will it cost?

Now, this is where it gets really interesting. In a ground-breaking study, three US economists calculated what a negative income tax (a.k.a. basic income guarantee) would cost their country. After crunching the numbers, it was revealed that – surprise! – it would be amazingly cheap.

A negative income tax system that totally eliminated poverty would cost, at most, $336 billion, the researchers found. That is, a measly 1% of US GDP. To put this into perspective, the costs of child poverty alone, and its effects such as higher healthcare expenditure, more crime and worse performance at school, were pegged at $500 billion.

Yes, you read that right. It is cheaper to eradicate poverty than to sustain it.

Finally, I believe there is something else that has to change. We need a new term.

I have been struck time and again by the unjustified associations attached to the term ‘basic income’. Whereas the word ‘income’ is something we associate with a conditional payment that has to be ‘earned’, what we are talking about here is the right to livelihood security.

Therefore, I would like to propose that we call this variant simply what it is: basic security. A trampoline that you can always fall back on, whatever else happens.

One thing is certain: the time for philosophising is past.

Every milestone of civilization begins with a crackpot idea once dismissed as unreasonable and unrealistic. But there comes a time when Utopian dreams become ripe enough to turn them into real-world policy. For basic income, that time is now.

Previous Here are 4 building blocks for the new era of trade which will benefit everyone
Next The Coalition’s income tax cuts will help the rich more, but in a decade everyone pays more anyway 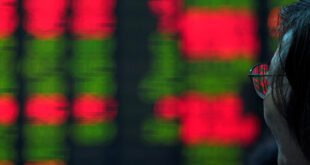